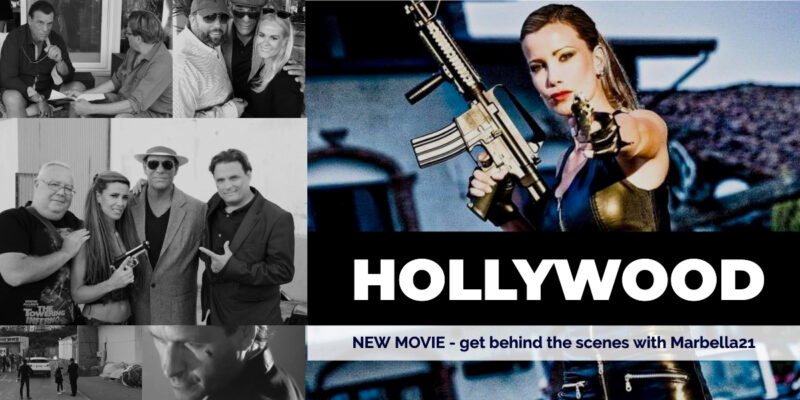 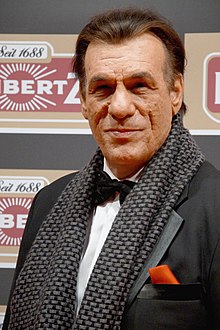 Due to M21’s local knowledge and network in Marbella, the company’s partner Martin Juncher is helping the well-known film director and Hollywood star Damian Chapa to realize his film footage in the area, involving international actors, film crew, mayor, press, and many other talented people.

For 7 days, a film has been recorded in the family’s private villa in Marbella. In addition, the host couple has two major roles in the film, as Martin plays Raffaello’s right hand, playing with film legend Robert Davi, and Liv Alexanndra Kaliopi playing the young female detective.

Watch the video by Estepona TV on the Costa del Sol as they capture Robert Davi, Romina di Lella and Damian Chapa in Estepona, where filming takes place. You can see the clip below (in Spanish).

Marbella21 – the TV documentary star from Sun for Millions and M21 partner, Martin Juncher, has led a lot of exclusive “behind the scenes” pictures. This is from the footage to the new movie “Pistolera” – with Hollywood star Robert Davi as the front figure.

The main vision for the real estate agency Marbella21 (“M21”) is to help to establish The New Hollywood in Marbella on the Costa del Sol, also known as “Europe’s California”.

To build the dream in this up-coming part of Spain that was forgotten until the German entrepreneur Prince Alfonso Hohenlohe ignored the nay-sayers and created the Marbella Club Hotel on the best plot on the Golden Mile. This marked the beginning of the grandness we experience today.

Because the seeds were put in the ground 70 years ago today it is normal to have 25 different nationalities, Russians, Arabs, Persians, Americans, Scandinavian and many more gathered at kids parties finding common ground and the joy of life. Before turning the local history upside down and globalizing Marbella as the most cosmopolitan village worldwide – who know Marbella might still have 900 inhabitants as back then.

Not to forge the setting. The immaculate sunny climate and an unmatched surrounding nature with the Andalusian mountain range in the background and the Mediterranean in the foreground.

The sublime nature gives the most unique opportunities for unfolding together in one place throughout Europe, including activities such as skiing in 4000 meters with views of the coast, surfing, polo, golf, trekking, MTB and much more.

Recordings take place in the most cosmopolitan village in the world.

In addition, the area around Estepona and Marbella distinguishes itself as an exceptionally attractive mix of Spanish and international culture. It makes the place the most cosmopolitan village in the world.

This is The New Hollywood. It´s LA without the smog.

Estepona City is really praised by the movie stars and both Robert Davi and Damian Chapa say that Estepona is the most beautiful city in the whole of Europe – with a very powerful voice behind.

As they both say, they don’t have such a beautiful place, such as Estepona and Marbella, even in Hollywood. They refer to the place as a peaceful and authentic paradise.

Together with actress and co-producer Romina di Lella, they are deeply grateful for the support they have received from authorities and contributors in the area.

Actor Robert Davi and film director Damian Chapaare working hard along with the rest of the film crew, including the technical team, actors and contributors from:

The crew will be filming in Estepona and Marbella for a couple of weeks which gives the opportunity to meet them in the area, where a number of very special locations are used during the filming. Among others, a fishing port in Estepona, a private villa in Marbella, local police station, beaches, restaurants, and bars.

Thanks to Julio Peces, Cultural Mayor of Estepona who helped to get location approval to filming in public places, where many of the locals also saw the wild action movie scenes.

Robert Davi is also actual with recordings for the extremely interesting TV series Paper Empire, which will be published in 2019.

Film director and actor Damian Chapa (known from Blood in Blood out, Street Fighter & Under Siege), Danny Trejo (known from Machete, From Dusk to Dawn, Desperado & Once Upon Time in Mexico), (Romina Di Lella, known from Enemy Within, Love Hate & Security). Read more about Paper Empire at IMDB

Thanks to Journalist Mathilde Forstholm, Attorney-at-Law and M21 Partner, Jackie Phillip and Christian Illerup founder of PR360, a digital PR agency based in London, New York, and Copenhagen. The Danish department of PR360 has been behind this article – in close collaboration with M21 Partner Martin Juncher. 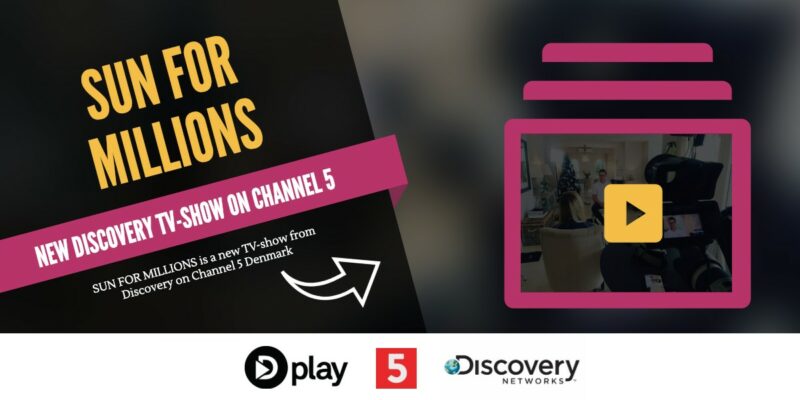 Follow the premiere of the new lifestyle documentary “Sun for Millions” on Channel... 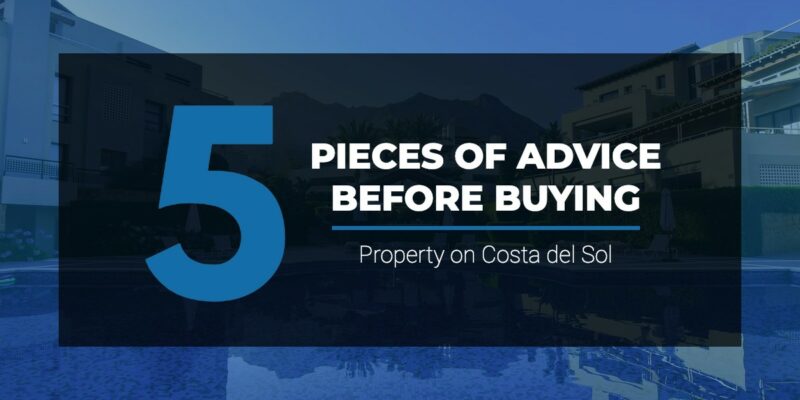 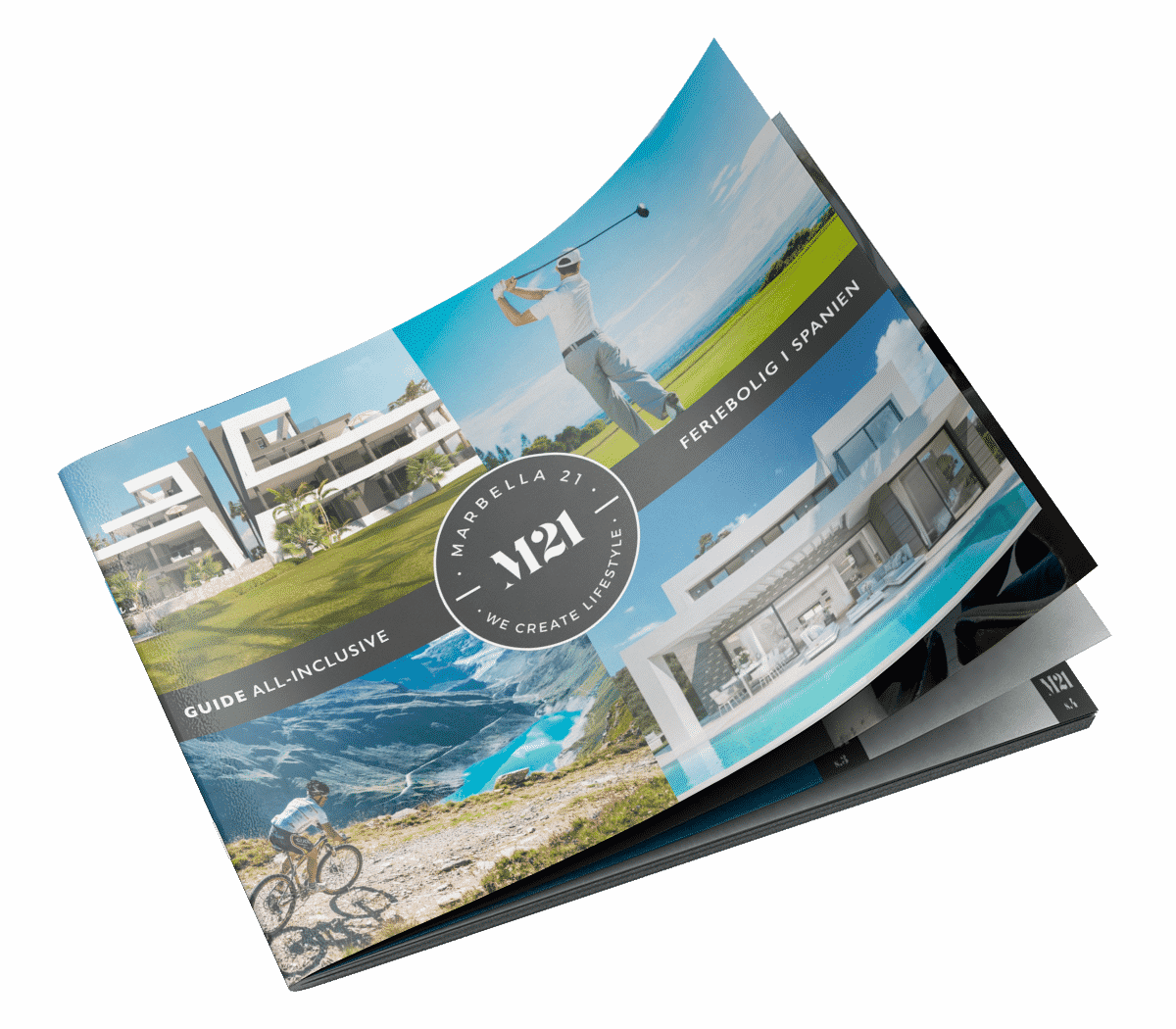